Felix Arvid Ulf Kjellberg (PewDiePie) was born on 24 October 1989 in Gothenburg which is the second largest city in Sweden. He showed great enthusiasm toward art, painting, and video games. He would paint video characters and sometimes he would even skip school and go to an Internet café to play video games. So you can imagine how much the boy was into video games and stuff like that.

In addition, he was interested in working with Photoshop and creating graphical stuff and he would even sell his Photoshop designs. However, in spite of all the enthusiasm, he had for art and video games, and so on, he was not into studying and even dropped out of college in 2011.

He has more than 111 million subscribers and his content has been viewed 28.3 billion times since he made his channel on YouTube.

How did PewDiePie become Famous?

The first YouTube account he created was back in 2006 and its name was “Pewdie”, however, he forgot its password. Later on, in 2010, he made another account named “PewDiePie”. Back then he was not that famous, however by making content related to video games little by little he became famous on YouTube, and in 2012 his channel reached 1 million subscribers.

By creating the stuff that he liked the most and uploading them on his channel day by day his channel reached more and more subscribers. By gaining more subscribers and becoming famous he even received many awards because of his activities. In 2016 he was even recognized as one of the most influential people by Time magazine. In the same year, he was also recognized as the highest-paid YouTuber with an income of $16 million.

The channel of Felix or PewDiePie who is now 31 is among the 10 most-subscribed on YouTube. Actually, in terms of number, his channel is in fourth place. 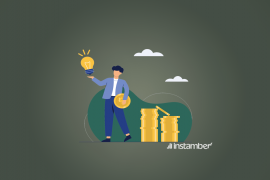 What is Markiplier net worth?