Fake accounts are not something uncommon on different social media such as Snapchat.

Users may create a fake account for different reasons like harassing other users or doing nasty things. Whatever the reason, I am going to show you how to identify a fake account if you come across one.

Sometimes the people who are behind fake accounts have bad intentions, so recognizing them can help you stop their upcoming actions.

Well, there are a few ways that you can recognize if a Snapchat account is fake or not. For example, you can check on the account for a couple of days and monitor its behavior to see if it acts like a normal account or not.

You can also follow the steps below to find out.

Look at the profile of the person’s account. If you see any unusual or fishy stuff, that account may be fake. But if you see that everything is normal and the person’s profile, as well as his or her story just looks normal like any other real account, it may not be fake.

Also, profiles with no picture at all or with the default picture of Snapchat may be a sign of a fake account.

You may be dealing with an account whose profile picture is the picture of a celebrity. Well in such cases you can easily recognize if the account is fake or not.

Celebrities or generally famous people have verified accounts.  In other words, their account has an emoji right beside their name. The emoji can be anything and it is not a specific one.

If the account has many followers then it is probably a fake one, so stop interacting and just ignore it. Because some hackers are behind that account who want to steal your information.

You can take a screenshot of the account’s profile that looks fishy and then drop it in the Google image search bar. Google then will look for information that is relevant to the profile and it’ll show you information such as the user’s name, IP address, phone number, location, and so on.

Also, some third-party websites do offer services related to image lookup. So you can use them as well.

What to do if you come across a fake account?

If you see any fake accounts without any hesitation just block them. Especially if they are trying to harass you.

You can also report them and if any Snapchat team finds out that the account may be a dangerous one then they will take necessary action.

Bottom line: Next time you come across a suspect account you can on follow the steps I’ve provided for you in this short article to find out whether an account is fake or real.

Always keep an on fishy accounts, because most of the time there is something off about them. 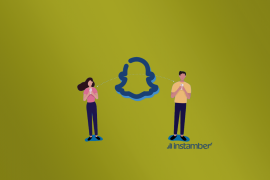 Tips about how to find snapchat friends 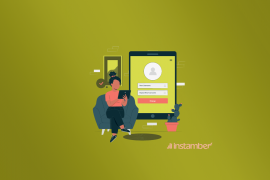 How to change Snapchat username?