Which accounts have the most followers in TikTok? One of the social networks that have sounded like a bomb recently and entertained its audiences well.

TikTok is a Chinese social network that has many fans around the world. This is very important since most Chinese apps usually do not have many foreign audiences. The Chinese TikTok application can be downloaded through Android and iOS operating systems. The social network first launched as “Dwayne” in September 2016 and was launched as TikTok outside of China in 2017.

In this app, it is possible for users to upload very short music videos for up to 60 seconds. In the first quarter of 2019, the TikTok app was the third most downloaded app in the world and the first app in the United States. This indicates its worldwide ubiquity. In fact, TikTok is an app similar to Instagram, which has become one of the most popular social networks these days with more than one billion downloads in the Play Store.

Tiktok, like other social media, has features including likes, comments and followers. In addition, you can forward other people’s posts to other social networks. As is common with any social network, some people have attracted more followers, which also includes ticks.

Most liked comments on Tiktok

Let us categorize this subject into the following parts:

TikTok came into the spotlight mainly in the year 2019. Therefore, it is obvious that there were some hilarious comments that year. A girl with the user name @madi commented: “Like if you are not racist”. Just this simple comment was able to gain nearly 129.2 thousand likes. @sahra commented: “lmao why is this so aggressive” which also received nearly 106.7 thousand likes.

After a successful year in 2019, TikTok has reached 2020. According to official reports, there are currently more than 800 million active TikTok users. Anyone in any second comments on a post. Many popular TikTok influencers like Charlie D’Amelio, Loren Gray Zach King receive thousands of comments on each post. Among those posts, many people gain thousands of likes on their comments which are very creative.

Some comments on TikTok are so funny to read. They attract you instantly and the only thing you can do to appreciate them is to like them. Some of the funniest comments on TikTok include “They did surgery on a Banana” by @_johnspartan117_, or “Her nose was like a fountain” by @dantheman and “Me dancing on the grave of my ex…” by @nele.ntr, etc. These comments have received thousands of likes.

Some of the comments like “I love the beginning omfg” by @karebearuwu, “This is really cool. How long can you hold the breath? It looks like at least a few minutes.” by @meecha623, “This is the best I have seen of this challenge” by @oayoku266 was motivational and helps the TikTokers to get motivated.

Most liked videos on TikTok

As mentioned above, TikTok is the home of viral videos and trends, yet we have often wondered what the most-liked video is on the platform and who is behind it. Well, wonder no more, we’ve found it.

The most-liked video on TikTok is Bella Poarch’s infamous ‘M to the B’ lip-sync. In this video, Bella mouths the lyrics to ‘M to the B’ by Millie B. Bella posted it in August 2020, having joined the social network in January 2020.

The video has an impressive 50.7 million likes and counting, setting a world record for the most likes a TikTok video has ever received. The irony is, she’s a talented singer, and yet in this video of her just messing about, we don’t even hear her voice.

Who has the most likes on TikTok?

There is a ranking, which contains the most-liked owners on TikTok:

The artist who is only 15 has swiftly blown up on TikTok thanks to his surreal, hyperrealistic drawings. This one in particular, which took 23 hours, earned Bielak a spot on the list of most-liked TikToks.

Soon after a video of a TikToker lip-synching to ElyOtto’s “Sugarcrush!” he received around 5.5 million likes, user Nick Luciano decided to try and beat that record with his own lip-syncing video. He probably did not expect to earn 31.3 million likes that make his video the sixth most-liked TikTok ever.

Billie Eilish posted her first TikTok on November 2020, and it did not take long for her to rack up millions of followers. Within five days, the Grammy award-winning singer received more than 5 million followers. Now, her first video has more than 36 million likes, making it one of the most-liked TikToks ever.

Another hit from Lame. The ever-serious creator made peeling a banana look as easy as it should be.

This video is all about a cute cat getting confused by a cardboard box.

Whilst TikTok is known for its funny videos, one of its main advantages is gaining knowledge. By utilizing this app, People share their knowledge about daily life, such as cooking, creating art and music. Much of such knowledge is unique and could be applied in real life. 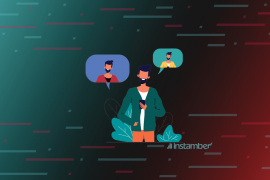 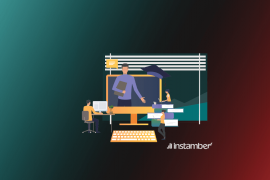 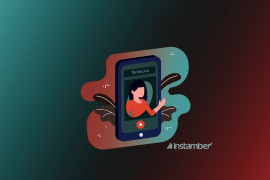 Why can’t I go live on TikTok?