In recent years, when digitalization spread in each sphere of our life, most of us have become dependent on bloggers who discuss different topics we care about. No wonder the advent of cryptocurrency caused the hustle and bustle in the media. Yet, nowadays, it’s quite hard to find influencers who get by the topic of digital money.

Cryptocurrency markets are notorious for their volatility. Being a successful trader in this market means staying up to date with the latest developments and trends at all times; some companies, such as SoFi, now have an app, offering more ways to invest, all in one place. The good news is that crypto and blockchain enthusiasts tend to be quite active online and vocal in their opinion. It is possible to stay on top of what’s happening in cryptocurrency and see what’s coming in the near future by following these people who are experts in the field.

Who are these people whose advice is highly valuable? Which of them are worth following? We’ve made a list of top-5 crypto influencers for you. Read on to discover!

Anthony Pompliano is a prominent cryptocurrency influencer. The business news channel CNBC has featured him on many occasions. Those who are seriously interested in this field will benefit greatly from his informative posts.

Pomp focuses on finding and supporting great entrepreneurs. With over 100 early-stage investments under his belt, he has multiple unicorns. Investing aggressively in teams that seek to address hard problems is part of Pomp’s portfolio of investments worth more than $500 million.

More than 20M people have downloaded the Pomp Podcast, one of the most popular for business and investing. Antony “Pomp” Pompliano takes you inside the minds of some of the most impressive people in business and finance. Pomp also discusses how to invest in Bitcoin with different people, including celebrities and billionaires.

Born in Russia, Vitalik moved to Canada when he was six years old. His interest in crypt dates back to his childhood. Programmer and philanthropist Vitalik Buterin first became interested in cryptocurrencies and blockchain in 2011. When he was 17, he co-founded Bitcoin Magazine and became its editor. The passion for cryptocurrency made it hard for Vitalik to get a formal education, and he left university. Thiel Fellowships awarded him a $100,000 grant for his work. The fund was created by PayPal originator Peter Thiel. He supports young people who choose to focus on the development of personal projects rather than studying.

He achieved a climax in his extensive knowledge of this field when he founded Ethereum. As a centralized blockchain, Ethereum is the most used and largest chain after Bitcoin. Buterin’s work involves participating in many podcasts and programs as well as doing reviews and answering questions. This cryptocurrency influencer is definitely someone to follow.

Buterin’s fortune decreased by almost 40% after the exchange rate jump: at the time of writing, it stands at around $850 million.

Nicolas is a cryptocurrency influencer you should follow if you want to know the fundamentals and technical aspects of cryptocurrency. In addition to writing reports and interviews, Nicholas Merten creates videos to answer your questions about blockchains and cryptocurrencies.

The data scientist, speaker, and founder of DataDash have over 330,000 subscribers on his cryptocurrency YouTube channel.

His over eight years of experience in the traditional markets have allowed him to understand how the crypto market works. He is a leading international speaker, thought leader, and crypto analyst. As well, in 2020, he created Digifox.

Laura Shin is a cryptocurrency journalist from New York City. In addition to her Phi Beta Kappa degree from Stanford University, she has a master’s degree in journalism from Columbia University.

As well as writing news articles on cryptocurrencies, she does a lot of interviews. Her podcast and videos Unchained and Unconfirmed have been downloaded and viewed over 14 million times. When she left Forbes in 2018, she decided to dedicate more time to her podcasts and videos. Shin has delivered speeches and led discussions concerning cryptocurrency at important venues such as TEDx San Francisco, the IMF, Singularity University, and Oslo Freedom Forum. She is the winner of the 2016 Blockchain Award in the nomination of the Most Insightful Journalist.

One of the main introducers of cryptocurrency to the U.S. and the world is Brian Armstrong. A consulting industry veteran as well as an expert in software, he has years of experience. Brian Armstrong has a lot to teach you about investing in cryptocurrency if you want to become a professional in the field.

Formerly, he worked at IBM as a Developer and at Deloitte as a Consultant. Now, besides managing Coinbase’s retail and institutional divisions, Mr. Armstrong is tasked with developing products and services for both platforms. Since founding Coinbase in June 2012, Brian introduces cryptocurrency to America and beyond. As a founding member of the team with over 200 employees, he has successfully raised more than $200M from leading investors like Andreessen Horowitz, IVP, USV, DFJ, and NYSE. He has led Coinbase to serve more than 10 million customers across 32 countries and to provide custody for more than $10 billion in digital assets since co-founding the company. In 2017, Armstrong was recognized as a Fortune 40 under 40 and Recode 100.

During his tenure at Airbnb as part of the hospitality marketplace, Mr. Armstrong focused on fraud prevention. Brian was in the front row of global payment systems as Airbnb moved money between 190 countries in 2011.

Forbes announced this year’s Crypto Rich List, in which the CEO of Coinbase, Brian Armstrong, was ranked first.

The popularity of cryptocurrency has now reached the point that even lifestyle influencers are talking about it. You now have the picks for five crypto influencers who deserve your attention. And you definitely can find even more! 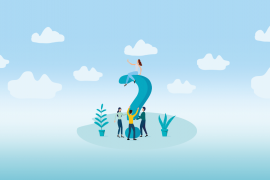 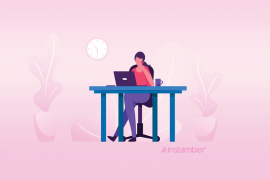