As you may know, after the changes in its algorithm, Instagram would not rank posts on users’ feed just considering the time of their publication. In fact, several factors affect the rank of your posts on Instagram users’ feed. Here, we will review these factors, one of which is the engagement rate of your posts.

The task of Instagram’s ranking algorithm

The main task of the new Instagram algorithm is to show posts in your feed based on your interest. By launching this algorithm, Instagram intends to encourage its users to check their feeds every so often. So Instagram shows the post which it considers as the most attractive one for you on top of your feed.

Here, we rank posts from 1 to 10 in an example to make it more understandable. In this method, we explain why posts with higher scores would have a higher rank on the feed of Instagram users.

As shown in the image below, each factor has particular importance in the rank of the post:

This means, a post on a page which users have liked 80% of its contents, would take number 8. The number is the outcome of multiplying 80% in 10.
Finally, the formula for ranking the posts on users’ feed is as follows:
Post Rank = Likelihood + Engagement Rate + Relevancy + Timeliness + Time Spent
Note that this formula is not prepared for you to calculate this number after publishing each post. The purpose of defining this formula is to show what factors affect an Instagram post’s rank on users feed and which one has the most impact. With regarding the formula, Likelihood has the most and Timeliness has the least effects on Instagram posts’ rank.
InstagramInstagram engagement rateInstagram feedInstagram tipsPost rank 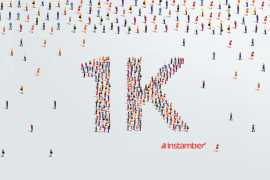 How to get 1k followers on Instagram in 5 minutes 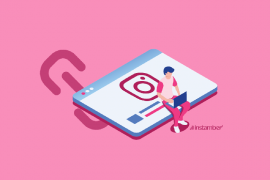 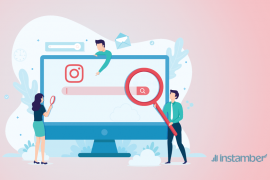