In this blog, we mention how to add new Facebook emojis but first let’s talk about how much the emojis are important. Most of us use emojis in our chats to communicate with others. Every day new emojis are introduced. You might not know how to get new Facebook emoji? Updating emojis is possible in several ways and you can access the latest ones.

Emojis are constantly updated and clients are eager to access the latest ones. You do this in several ways, and even use iOS emojis on the Android operating system.

1. Update your device to the latest version

Each new version of Android is equipped with new emojis, for example, Android 11 includes 117 new Facebook emojis, and more than 2,000 previous emojis of this operating system have been redesigned.

If you are not sure about receiving the latest Android update on your device, do the following:

Unlike iPhones, most Android phones do not come with the latest version of the operating system, and manufacturers do not release updates for them

Google’s keyboard app “Gboard” has recently launched the “Emoji Kitchen” feature, which you can use to create a new emoji. To do this, follow these steps:

Open the messenger app you want. Then tap one of the contacts to start chatting. Tap the text bar and start typing. Then tap the emoji button and tap the emoji you want to activate the “Emoji Kitchen” feature.

In this section, you can see possible emoji combinations at the top of the keyboard. Among them, look for the combination you want and send it to the audience. It should be noted that not all messaging apps might be compatible with this feature.

Another way to update emojis and access the latest ones is to install Android third-party keyboards. Some of these keyboards, such as the “Emoji Keyboard“, in addition to the latest emojis, also use a dictionary to display their meaning. The app also has a prediction feature and allows you to send stickers and gifs on social networks such as Instagram.

Follow the steps below to install a third-party keyboard on your smartphone:

Go to the store you want, such as “Google Play”, and search for the right keyboard. Then tap the installation option, but one particular keyboard may not be compatible with your phone and you may have to try another keyboard. Wait for the keyboard to finish downloading and installing.

Some of the best Android keyboards include “Swiftkey” and “Ginger Keyboard”. These apps are a good alternative to the Google keyboard app installed on Android phones. Some Android phone makers, such as Samsung, use their own keyboards, yet you can still get third-party keyboards.

How to add iPhone emoticons to Android?

Like Android, iOS has dedicated emojis. If you already have an Android device, you can still use these methods to access these emoticons and even send them to your audience.

In the past, users of Android phones, in order to access the emoji emoticons of the iOS operating system, had to root their device through difficult and time-consuming steps. Yet, recently, tools were introduced that allow access to these emoticons without the need to root devices.

Currently, the best way on Android phones to access iOS emojis is to change the keyboard and use an unofficial app in this area. In the Play Store service, you can find a lot of programs active in this category, and this issue has made choosing an efficient and powerful program a difficult task.

Before reviewing these programs, it should be noted that the amount of access to these waves depends on the program you are using. In other words, if you cannot use iOS emojis in an application, know that the application does not support them.

This keyboard app has a host of different emoticons, including emojis for iOS; that users can send to their audience. Other great features of the Emoji Keyboard include the ability to customize its appearance. In addition to the theme, users can change the dimensions of the keyboard keys to their liking to feel comfortable when using it and the emoticons in it.

The iMore Emoji Keyboard app has the ability to bring the iPhone’s keyboard to Android devices, along with the user interface and emoji emoticons. In principle, it should be said that the user interface of this program is beautifully designed. This program provides all the basic features needed by users of a virtual keyboard. In addition, it is possible to send special waves and even GIF files.

In addition to these features, the iMore Emoji app can also support a host of themes that are available separately through the Play Store service. For instance, one of the best of these themes is the Phone X keyboard, which allows the iMore Emoji app to provide exactly the look of an iPhone.

Facebook emojis have become easier to use over these years as the social network has added menus that ease inserting fun faces, symbols, and objects for users. Now, there is a huge menu full of emojis you can pick from and it is possible to add new ones by utilizing the above methods. 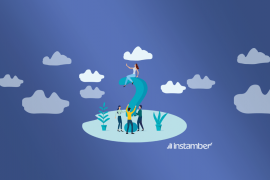 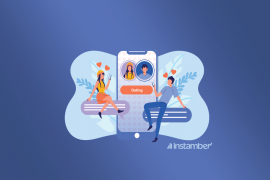