On average, employees in the banking industry make $87,944. But the weekly work hour is 22% above the average, and bankers work 42.7 hours per week.

But not every job in major banking pays the same salary. So, the question is, what occupations end up on the well-paying end and which don’t?

The following are nine moneymaking jobs in the banking industry, according to the latest Data USA report.

Major banking still relies on economists for economic predictions and micro studies. But with less than 2,000 economists in the industry, economists are in demand, and they’re more likely to find a 6-figure job than financial analysts.

With the surge in digital service demands, computer & information system managers have become an inseparable part of major banking. And the occupation is currently the second best-paying career in the industry, with an average wage of $157K per year.

As with most businesses, major banking requires sales managers to sell products and services. However, the occupation is in demand because there are less than 4,200 active sales managers in the industry.

The digitalization of most banking services poses a larger data breach threat. So, major banks are investing millions of dollars in securing their systems. And information security analysts are a must when it comes to safer digital banking. So, as an essential part of modern approaches, it’s not surprising that security analysts earn a six-figure salary.

FinTech and software-first approach in the banking industry has raised developers’ salaries. And they currently have one of the best-paying jobs in major banking, with an annual wage of $115K.

Judicial workers in major banking earn over $200,000 per year. So, it’s not surprising that compliance officers make about $112,000 annually.

Another best-paying job in major banking, the financial examination is similar to compliance. An examiner must ensure the transactions and monetary activities are in line with the regulations and that the borrowers are treated fairly.

A financial analyst monitors investment opportunities, extracting the profitable ones. But the occupation is currently among the top ten best-paying jobs in major banking despite being one of the most common ones.

Financial analysts make up 1.3% of the entire employment in the banking industry. But they earn up to $103K regardless.

With an annual salary of $29,808, non-computer machine operators have the least-paying job in major banking, followed by interviewers (except for eligibility and loan interviewers) with an average $31,707 yearly wage.

If the annual wage is a concern, consider a career in personal finance advice. Recent data shows that personal advisors make up to $143,102 per year, which is way above the average banking salary.

Should You Seek a Job in Major Banking in 2022?

Latest reports indicate that the banking industry occupation growth has been negative (-2.36%). So, it’s not the best time to seek a job in the industry. But with the rise of FinTech and digital transactions, you might want to consider new well-paying opportunities in digital banking that suit your career expectations. 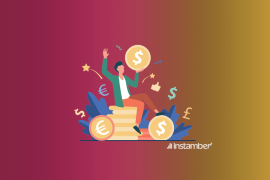 Best paying jobs in finance and other consumer services (with salaries) 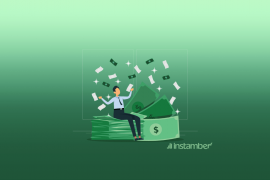 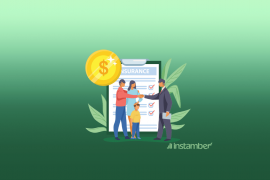